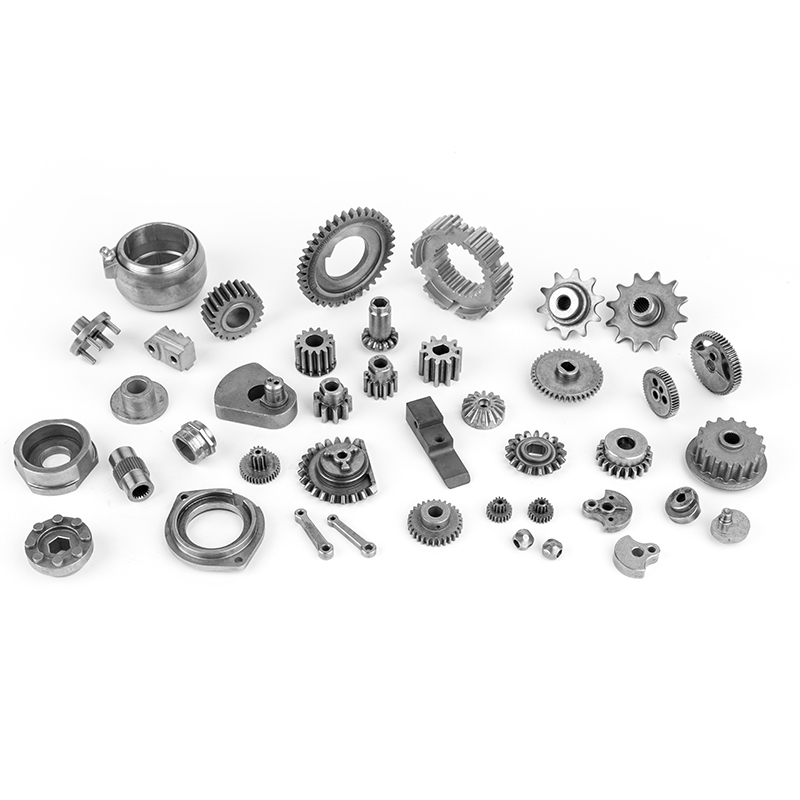 Powder metallurgy enterprises often need to use hydrogen as the reducing process gas when sintering the workpiece. However, the traditional method of hydrogen production from ammonia decomposition is more and more unable to meet the requirements of the country and enterprises for safety production due to the great safety risks. In order to ensure production safety, enterprises and safety regulators have focused on how to safely manufacture and use hydrogen reduction gas as the focus of investigation and improvement, and in some areas, enterprises have been explicitly prohibited from using ammonia decomposition equipment.

According to the professional characteristics of powder metallurgy enterprises, our company has developed a new type of methanol low-temperature cracking hydrogen production equipment, specially to provide powder metallurgy enterprises with safe and reliable hydrogen production equipment, so that enterprises can obtain hydrogen reduction process gas more safely. Its working principle and characteristics are introduced as follows.

2. Brief introduction to the working principle of the new methanol cracking hydrogen production

1. The reaction equation of traditional ammonia decomposition to hydrogen production is as follows:

H2 and CO generated by cracking reaction are reducing gases, CO can play a role in reducing and protecting the workpiece in the furnace, before the oven and the oxygen reaction in the air to generate CO2 diffusion into the atmosphere, after many years in dozens of manufacturers proved that the use of the operator will not cause any harm to the body.

Methanol is liquid at room temperature, and it is not easy to rapidly volatilize and diffuse in the air, while ammonia is a toxic and flammable dangerous gas. Liquid ammonia is easy to volatilize and diffuse in the air, and the consequences of leakage are unimaginable. Therefore, enterprises need to deal with special procedures for the use of liquid ammonia before it can be used. Methanol is not corrosive and does not fear contact with human skin. As long as it is not drunk by mistake, it will not cause harm to people. Ammonia is corrosive and has great harm to people’s skin and eyes, so methanol is safer to use.

2. The storage of raw materials used in hydrogen production does not require pressure vessels

3. The risk of flammable gas leakage is avoided in the process of hydrogen production

Methanol cracking temperature is low. It only needs 240 ~ 280℃ for methanol to crack, which is much lower than the decomposition temperature of ammonia decomposition to produce hydrogen (higher than 800℃). In this way, the heating element and reactor will not be burned out, and the hydrogen will not burn through the tank and escape from it, causing ignition or even explosion. The danger of flammable gas leakage is completely avoided.

Methanol is readily available anywhere in the local chemical market.

From the above analysis, it can be seen that the use of the new methanol cracking hydrogen production equipment has the following advantages:

The pyrolysis temperature of methanol is low, so the service life of the equipment is longer, safer and the operation cost is lower. Methanol is relatively easy to purchase and store. At the same time, methanol is not corrosive, volatile and diffusible, unlike liquid ammonia, it needs special containers for storage, and once leaked, there will be great danger.

New methanol cracking hydrogen production equipment of our company in shandong, jiangsu, zhejiang and other multiple areas of dozens of powder metallurgy enterprise to use, not only by completely satisfy the reducing atmosphere of hydrogen technology indicators, the production cost is reduced, the new equipment and process method no new environmental problems, especially in eliminating enterprise security hidden danger is well, Help enterprises improve safety management level. Safe production management is the top priority of enterprises. We believe that through the participation of more and more personnel, more safe preparation and use of hydrogen reduction gas will be proposed for powder metallurgy products factories, so as to ensure that enterprises make due contributions to the society under the premise of safe production.

Send your message to us:

Write your message here and send it to us